Even if you are not a casino connoisseur, you’ve probably heard of prestigious tournaments such as WPT (World Poker Tour). This internationally televised competition gathers players from different parts of the world, letting them show off their poker skills and gain astounding prizes along the way.

What many are unaware of, though, is that other card games, such as blackjack, have their own respective tournaments that are just as reputable.

In fact, land-based blackjack tournaments have been around for quite some time, as this is one of the most popular and exhilarating games played at casinos.

In this article, we’ll take a closer look at some of the largest land-based blackjack tournaments of all time, discuss notable winners, and see whether online tournaments are growing in popularity.

Those of you who’ve had the chance to play blackjack and enjoyed it have probably dreamed of playing at high roller tables and winning jaw-dropping prizes. High-paying events are a common sight, especially in places like Las Vegas and Atlantic City.

Let’s inspect some of the most distinguished tournaments of this kind. 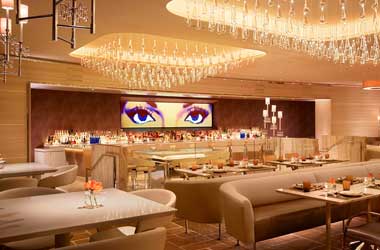 It really shouldn’t come as a surprise that Las Vegas is at the top of our list. This city is the first choice for professional blackjack players, as it offers a wide range of options to everyone’s tastes.

Playing professionally at a Las Vegas casino is probably a dream come true for many casino enthusiasts. High rollers can try their luck in the luxurious Wynn Las Vegas, where bets can reach up to $100,000 per hand.

One of the largest events is held yearly at the Cosmopolitan. The buy-ins are pretty extreme, but the prize pool goes up to $100,000.

Although you won’t earn millions of dollars playing at this tournament, it’s still a great stepping stone, and it will get your name out there. 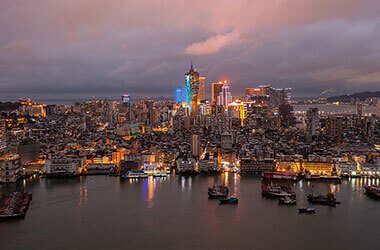 Another obvious choice, if you’re looking for the biggest blackjack tournaments, is the Asian gambling hub.

While blackjack might not be the most popular card game at Macau casinos, this city offers some of the best tables for professional players. Those looking for a favorable house edge, which can go as low as 0.02%, can try their luck at the Floating Palace.

On the other hand, if you want to earn plenty of cash, you might want to check out Casino Lisboa. Not only will you be satisfied with the number of high roller tables, but you’ll also be in awe of the opulent treatment its customers receive. The rumor is that the casino offers helicopter rides to bring VIP casino enthusiasts to the venue. 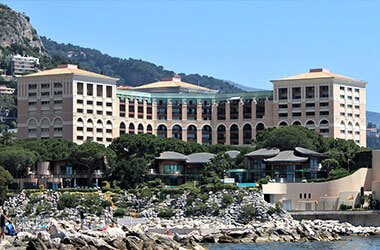 We’ve been to North America and Asia, now it’s Europe’s time to shine. Of course, we’re talking about Monte Carlo — a place where affluence and extravagance meet.

What’s important to note is that the gambling activities are supervised and controlled by the state and its licensed operator.

You’ll find the most variety in the Sun Casino, as the venue offers the American variant of the game along with being the host of the annual Blackjack Tour.

Players who appreciate the architecture and sitting at high-roller tables can try their luck at the one and only Le Grand Casino de Monte Carlo. The venue itself is a masterpiece in its own right, and the bets can range from $1.80 to $1,800 per hand. 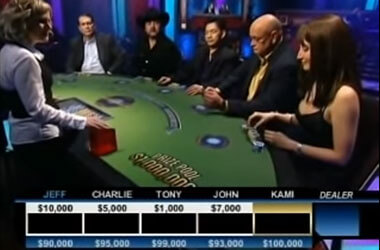 We’ve officially gone full circle to one of the largest blackjack tournaments ever hosted.

The World Series of Blackjack was a televised event that began in 2004 and lasted until 2007. The first season attracted 25 players who played the game with six decks.

The minimum and maximum bets were set at $1,000 and $50,000, respectively, and players were allowed to double down and split.

As the tournament’s popularity grew, the number of players signing up to play increased, as did the prize pool.

Alice Walker walked away with the largest payout in season four, amounting to an astonishing $1 million.

We can’t talk about the biggest blackjack tournaments without mentioning some of the people who’ve managed to win truly impressive prizes thanks to a perfect combination of luck and skill.

The first person on our list holds two positions for the biggest blackjack wins. His first win happened in 1991 at the Hilton in Las Vegas.

Packer must have been on a lucky streak because he managed to win $7 million in one night. His second victory is just as big, and it took place in Vegas once more.

This millionaire is known for his love of blackjack. Namely, Johnson has visited numerous casinos in Atlantic City to indulge in a game of blackjack.

His biggest winning streak happened in 2011 when he managed to bag $15.1 playing this popular card game.

This actor may be famous for his achievements in the film industry, but what many don’t know is that he is an avid blackjack player.

Over the years, he managed to win some pretty impressive sums of money while playing at different casinos.

You’ve probably noticed that many casino goers have started to turn to online casinos, especially during the global pandemic. Online blackjack tournaments are an excellent option for everyone who doesn’t have access to land-based venues. For this reason, many operators host tournaments on a regular basis.

All one needs to do is create an account and sign up for offers. Just like with regular blackjack tournaments, the events can vary based on the:

It’s up to players to do the research and select the tournament that suits their needs.

5 Relaxing Things to Do in Vegas For Your Next Getaway