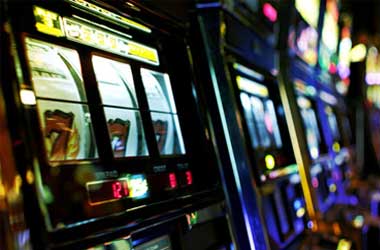 State Sen. Denny Hoskins (R-Warrensburg) has a simple plan to raise millions for Missouri education. Hoskins believes he can do this by pushing through legislation on video lottery terminals (VLTs) so that they can be properly taxed and regulated by the year 2022.

The senator was part of last week’s National Council of Legislators from Gaming States conference and he said that he already plans to pre-file legislation in December.

This legislation will also include betting on sports and eSports.

One concern of Senator Hoskins is regarding the claim that VLT’s will payout atleast once from every 50 plays. Hoskins believes when a VLT makes such a claim, that claim needs to be verified. VLT’s are slot machines and Missouri has these terminals in various places like truck stops and bars. This makes them great money earners for the state and that is what Hoskins is betting on. He estimates that if his legislation pushes through, the state would earn about $250 million annually. This could go to K-12 education and for veterans’ homes.

There is already a case of VLTs not performing as they should in western Missouri. Two slot machines have been proven to have to zero chance of winning which means they violate state gambling laws. The case has a good chance of reaching the Missouri Supreme Court in Jefferson City.

Hoskins is very adamant about pushing forward his betting and VLT legislation. He points to the example of Illinois where data shows that Illinois has around 40,000 VLTs and has earned around $1.6 billion. While Missouri does not have that many machines, they can still pull in a chunk of revenue from the 20,000 plus VLTs that are located throughout the state.

While VLTs are a big part of his gaming legislation, Hoskins is also pushing for comprehensive gaming legislation in 2022. This would cover a wide range of gaming industries including esports, horse racing, and sports betting.

Missouri showed some support for horse racing when it voted 60 percent in support of pari-mutuel horse wagering back in 1984. The senator points out that other states have been successful in integrating sportsbooks with other forms of betting. He predicts that a legalized sports betting market in the state would generate around $20 million for the state coffers.

There is also the issue of esports. The rising demand for online competitive video gaming is growing with every passing month and Hoskins hopes Missouri would be at the forefront of esports betting by including a provision for it in his upcoming legislation when he pre-files for next year’s legislative session.

Hoskins does have solid support and he represents eight counties in western, central, and northwest Missouri.