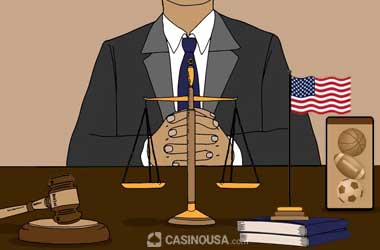 Massachusetts commercial casinos are growing tired of waiting for the legalization of sports betting. This week, officials from MGM Springfield, Plainridge Park Casino, and Encore Boston Harbor reached out to lawmakers hoping that a final push will be made to legalize the activity. The prohibition of the activity is currently harming the casino businesses as players go out of state to access betting options.

A letter was sent to the members of the House and Senate by the gaming officials outlining what the casinos have done for the state and what they are losing out on. Since 2011, the casinos have provided over $4 billion for infrastructure needs and offered around 5,000 people in the state permanent employment. Over $1 billion in tax revenues were handed over to the state.

While the casinos are doing well, the lack of sports betting is hurting the gaming industry as a whole. As many as 35 states in the US offer sports betting in a legalized manner. This includes neighbors of Massachusetts like New York, New Hampshire, Connecticut and Rhode Island.

Because so many nearby states offer the activity, residents of Massachusetts can drive a short distance to place a sports bet, be it online or in a physical facility. Officials pointed out in the letter that their competitors in neighboring states are offering amenities and services that they cannot, which is a big draw for players. This takes money from the Commonwealth and gives it to other states.

The state’s Gaming Commission has been tracking the casino progress especially since the onset of the COVID-19 pandemic. Both slots parlors and casinos have been able to bounce back after closures and restrictions due to the pandemic. However, without sports betting in place, the operators are unable to build the workforce due to employees going to neighboring states.

Those looking for employment in the gaming industry would rather drive outside of the state to take advantage of increased wages, sign-on bonuses, and other incentives. Casinos in other states can offer such options due to earning revenues from sports betting and having the means to pay more.

For now, legislation involving sports betting in the state has stalled. Six lawmakers have been in talks for almost two months on how to compromise regarding a bill the House passed and the version in the Senate that also passed. It seems lawmakers cannot come to an agreement on how the industry should operate including whether or not to authorize college game betting.

The state is running out of time though and if a bill is not passed, casinos will have to wait even longer before they can start offering sports betting options to guests, continuing to lose out on funds that go to other states nearby that offer this type of gambling.