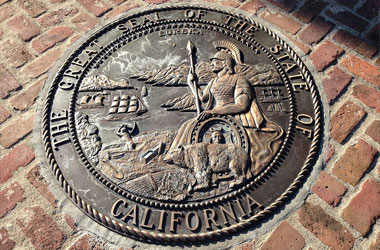 California’s Indian tribes have been granted an extension of 90 days to resume their pursuit of including their sports betting initiative on the upcoming November ballot. The tribes’ original signature gathering process was cut short by the COVID-19 pandemic, which essentially prevented the tribes from collecting enough signatures to have voters decide on their initiative.

The tribes had already collected roughly 950,000 signatures, needing an additional 150,000 more to qualify their bill into the ballot.

The Indians hope to gain voter support for legal sports betting in Indian casinos as well as a number of racetracks. Hope had fizzled out in the months of inactivity, but the extension granted by California Superior Court Judge James P. Arguelles gave new life to the initiative.

According to Tribal Chair Mark Macarro, a member of the Pechanga Band of Luiseño Indians, their initiative will allow Californians to place retail sports bets at venues that have proven to be safe and reliable over decades.

The extension now sets the stage for the renewed debate between the state’s powerful tribal gaming lobby and Californian lawmakers, who favor their own sports betting bill, which awards the right to offer sports betting to the state’s 72 card rooms.

The tribes wish to keep sports bets confined to their casinos and on race tracks. Furthermore, the tribes prefer not to allow bets on California schools and refuse to allow for state-wide mobile betting options.

Lawmakers attempted to push their own bill, but this was effectively put to a stop in June after the bill was unable to convince two Sacramento legislative bodies within a limited timeframe. Northern California State Senator Bill Dodd sponsored this bill. Dodd has promised that he will bring up the bill in a future legislative session.

Up to $700 Million in Taxes Annually

California represents a gargantuan opportunity for sports betting operators. It has the largest Indian gaming presence in the US, raking in $8.4 billion per year without any sports betting.

Dodd estimates that the state could make up to $700 million in tax revenues from sports betting. However, Dodd’s estimate include online sports bets, which Indian tribes staunchly refuse to accept, arguing that it would be difficult to regulate online gambling effectively.

NGCB To Look Into Over 100 Potential Safety Breaches in Casinos