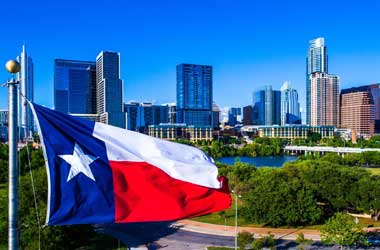 There was a big push this year from multiple stakeholders for Texas to legalize casino gambling and lift the ban on sports betting.

Texas has the ability to become the biggest gambling market in America and some of the biggest names in the industry including Las Vegas Sands Corp were backing the push for legalized gambling.

A couple of weeks earlier, it looked like the bill was going to get stuck and we can now officially confirm that there will be no legalized casino gambling in 2021.

There was a lot of optimism initially over House Joint Resolution 133 which pushed for legalized gambling. The bi-partisan bill was backed by State Reps. Carol Alvarado, D-Houston and John Kuempel, R-Seguin and put forward a proposal for four destination casino resorts to be built throughout the state.

The bill made provision for casinos to be built in Dallas, San Antonio, Houston and Austin. Some of the other provisions in the bill called for the establishment of the Texas Gaming Commission which would be the gaming regulator in the state and tasked with the responsibility of issuing gaming licenses applications, reviewing and shortlisting the four casino operators and overseeing the gaming market.

Will 2022 Be The Year For Legalized Gambling?

While there were many who favoured the legalization of casino gambling in Texas, it was always going to be a tough task given the fact that Texas is one of the most conservative states in the country. In the end, House Joint Resolution 133 got stuck in the Texas House Committee on State Affairs.

Las Vegas Sands Corp. which set up a team of experienced lobbyists and invested millions to campaign for legalized gambling said that they would continue their efforts to get casino gambling legalized in 2022. Some of those in favour of casino gambling expect things to go a lot better next year as Texas is still reeling from COVID-19 and should be more open to creating a multi-billion dollar market to bring in thousands of jobs and millions of dollars in taxes for the state coffers.