10 Things the Casino Industry Doesn’t Want You to Know

Every large industry has some hidden tricks up its sleeve — call them secrets of the trade, if you will. That’s why they’re so successful, after all.

Therefore, it’s not surprising that myths, scandals, and wild stories seem to follow them everywhere. One cannot help but wonder if there’s at least a grain of truth amidst all the intrigue.

The casino industry has grown rapidly in the past few decades, so it’s obviously been the subject of numerous incredible stories. In this piece, we’ll go over ten juicy details the casino industry doesn’t want you to know.

Ready for some eye-opening information? Buckle up, and let’s dive right in!

Some Games Are Better Than Others 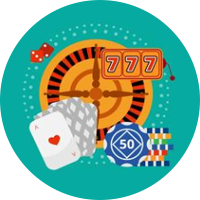 Let’s start with a fairly obvious one — not all casino games will give you the same chances of winning.

Unless you’re a complete newbie, you’ve probably heard of the house edge.

Essentially, every game has an advantage in favor of the casino.

Different games have different house edges, so it’s important to know this information before settling on a game you want to play.

Games like blackjack and baccarat have a low house edge you can reduce even further if you are skilled enough and if you study the rules thoroughly.

Some experts even recommend video poker, as it’s a game with plenty of strategies you can research and thus increase your chances of winning. 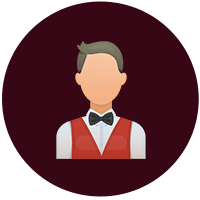 Dealers are human, too, and are just as prone to making mistakes as the next person. Plus, like casino games, dealers differ from one another as well.

Next time you’re on the casino floor, assume the role of an observer for a while. You’ll probably spot a few dealers who are not at the top of their game. Players can utilize that knowledge to gain an edge over the house.

Another thing to keep in mind regarding dealers is that tipping is basic etiquette. Many dealers make minimum wage, so your tip may contribute to their salary. However, what many players aren’t aware of is that regardless of the casino’s policy, most dealers would prefer you put the tip up as a bet because it will give them a chance to double the money.

Don’t be fooled by the winning streak you’re on at the moment. The truth is that the house will always win.

We’ve already mentioned the house edge — the average percentage a casino expects to win from each game.

While many players have heard of the casino’s advantage, a significant number of them aren’t aware that the house edge applies to the total amount they wager, not to their initial bankroll.

Plus, the more time they spend playing, the greater the odds that the result of their play will match the house edge, which all boils down to the casino getting the ultimate win.

Our next tip will probably have you humming Rockwell’s hit for the rest of the day.

The truth is that you are being watched at a casino.

Now, this isn’t anything outrageous like Big Brother. Plus, we’ve become accustomed to being monitored online, so why should the real world be any different?

It’s no secret that there are cameras across the casino and that every corner of the venue is under constant surveillance. After all, these establishments take security very seriously.

Casinos do this to keep track of all visitors and easily spot individuals who have some more nefarious intentions than enjoying their favorite game. 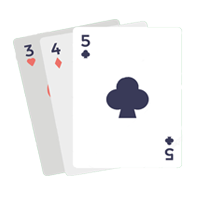 If you don’t feel comfortable being under constant supervision, private poker rooms have more lax rules when it comes to camera surveillance.

All high-rollers can let their hair down in one of these rooms, as they typically don’t have cameras.

Here, you can play and sip on your champagne without feeling like you’ve entered the Twilight Zone. Since poker players play against one another with their own money, the casino isn’t too concerned about keeping the upper hand.

Plus, high-rollers usually keep themselves in check and thus avoid any unfortunate incidents.

Casinos Can Spot a Cheater

If you plan on going to the casino just to cheat, don’t.

The house can spot a cheater miles away, mostly because players are not as subtle as they like to think.

Everyone has a tell — this isn’t just a poker thing. The casino staff is trained to recognize sketchy behavior from the get-go, and they will deal with it accordingly.

For instance, if two players sit close to one another during a game of blackjack, chances are they are trying to switch cards to make one strong hand.

Similarly, if someone’s bankroll is strange — they bet extremely large amounts all of a sudden, they may be receiving insider information.

Have you ever noticed how time flies by when you’re in a supermarket or department store?

One minute, you’re strolling down the aisle; the next thing you know, you’ve spent two hours shopping.

Casinos are very similar in that regard because they aim to make your stay on the premises as pleasant as possible.

From the color scheme and promotions to the layout and the design, everything is done with the players in mind.

If you feel comfortable and find the setting appealing, it’s natural that you want to spend more time in that particular establishment. 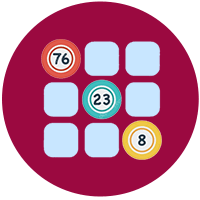 Some games simply aren’t worth your time and money, and keno is one of them.

The game might be fun, but if you want to earn some extra bucks, it isn’t the best choice out there. Fans of the lottery might find it appealing because you get to choose numbers from one to 80 and then wait for the 20 winning ones to be announced.

No amount of fun is going to make up for that ridiculously high percentage.

Stick to beginner-friendly casino games with a low house edge instead. 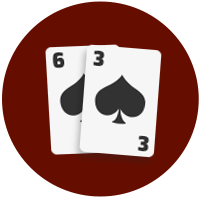 If you are new to the world of gambling, your initial casino experiences may prove to be overwhelming.

You might think that it’s good to look for quieter tables because you won’t get as nervous. However, that’s a rookie mistake.

Don’t worry — we’re here to lead you down the right path.

If you want to become a better player, sit at a busy table instead.

You will be able to see experienced players in action, and you’ll get more time to think through your next move. It’s a win-win situation.

Prop Players Are a Thing

Yes, that’s right; prop players do exist. While we cannot claim all casinos use them, some certainly do.

If you’re unfamiliar with the term, prop players are there to keep the game going. These individuals are sent by the casino to “prop up” the game with a small number of players.

They are paid by the casino to be there, but they use their own money to bet.

If you’re still a rookie honing your skills, you should steer clear of tables with these players because they are professionals who will reduce your chances of winning.