Can You Cheat a Slot Machine?

Undoubtedly, slot machines are among the most popular and lucrative games on the casino floor. So, it shouldn’t come as a surprise that many players, especially newcomers, are interested in cheating them.

Since slots can deliver some of the highest jackpots around, many people put in the effort to cheat a slot machine.

However, as appealing as it may sound, cheating is not a piece of cake. But if you’re still interested in finding out more about some of these cheeky ticks, I’ve prepared a shortlist of tricks that have proven successful as ways of cheating a slot machine.

Bear in mind that I do not condone cheating or encourage it in any way.

Check out our ‘How to Win and Beat Slot Machines + Slot Machine Tips‘ video below for quick rundown of this blog:

Naturally, one of the most utilized ways of cheating slot machines is with coins.

However, this cheating method was most popular years ago when slot machines were unrefined. People came up with many coin-cheating methods, some of which I’ll share with you below. 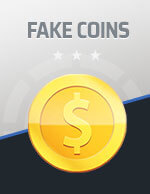 This technique of cheating was originated by a con artist called Louis “The Coin” Colavecchio. He successfully scammed many slot machines until his arrest in 1998.

Other people were also successful at using fake coins to spin the reels as old slot machines used a system where coins were weighed once inserted.

That’s why many con artists could use fake coins of the same weight to cheat the system. Naturally, this is not a cheating method you can use today. 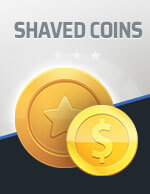 No, you don’t need to use a razor for this method, but it does work on a similar principle.

During one period, slot machines used both a light sensor and a physical comparator. However, these two were not connected as they are now, meaning the optic sensor would not register a coin.

Some people used that to their advantage and coupled a shaved coin with a plastic token of the same size. That led to the shaved coin being returned as not fit for use, while the token remained in the machine, starting a new game.

Coin on a String 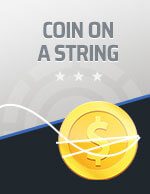 Another technique that would be impossible to use on today’s high-tech slot machines is a coin on a string. People would glue a piece of string onto a coin and place it in the device.

Once the coin triggered the game, the player would pull the string back, releasing the coin. This method was also known as a yo-yo cheat for obvious reasons.

One of the most commonly asked questions I get is whether cheating with magnets is possible. The answer is yes — but not now.

Then, players would use strong magnets to cause the reels to spin freely, essentially extending their spins. When the symbols lined up, a winning combination was triggered, allowing the player to cash out.

Nowadays, not only are slot machines protected from outside influence, but they also run on an RNG system, meaning a magnet would have no impact whatsoever.

Engineers construct gaming machines so they can be audited and monitored while also delivering the best quality. However, sometimes engineers decide to rig the codes to their advantage.

This is what happened in Nevada when a gaming commissioner Ronald Dale Harris manipulated a slot machine. This occurred in the 1990s, so it’s highly doubtful we’ll see anything similar now.

But how does this happen?

First, you’ll need access to cheat codes or codes used for testing. The next step is where it gets complicated as every interaction (whether from a player or an engineer) is reordered.

What I’ve concluded is that cheating with codes is more gossip than a reality. Aside from the case I’ve mentioned above, no stories about cheating slot machines with codes arose in the last couple of years.

Cheating With a Smartphone

This cheating technique is more modern compared to the previously mentioned ones. This method cannot be used in all land-based casinos as many of them do not allow filming while on the casino floor. However, those who do and need this promotion will gladly enable you to film yourself while playing.

This is where the smartphone cheating method comes in. The idea is that a player films both themselves and the machine while the reels are spinning. Afterward, you get to analyze the footage and figure out the algorithm used to program the game. You’ll probably have to do this a few times until you work out the jackpot-winning combinations.

I don’t recommend trying this with online slot machines as they’re well-protected from any possible hacker attacks.

Another interesting solution for cheating slot machines has proven to be the use of homemade or adapted devices. I’ve decided to list only a few that I found fascinating, as listing all of them would take me days. So, take a look. 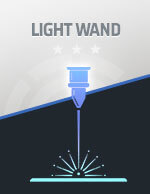 Tommy Glenn Carmichael created the light wand, helping him win big on slot machines for around four decades. Namely, his light wand was able to blind the optical sensor on the slot machine.

Thanks to that, the slot would lose track of when it should stop the payment. That means the machine would pay out almost all the money it had accumulated up to that point.

It would basically spin a jackpot every time it was used.

These days, casinos have more robust security measures, so cheating with a light wand would not be possible. 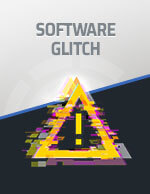 It happens that certain slot machines are unable to payout players due to a software glitch. This is where intelligent con artists can step in and use the software glitch to their advantage.

They can manipulate the system by using specific patterns of stakes that confuse the glitchy machines. Then, by activating the glitch, players can receive a payout.

Thanks to this cheating mechanism, many players were able to receive high payouts over the years. Some casinos are not aware such techniques happened on their watch to this day. 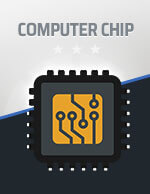 The slot-cheating game changed when Dennis Nikrasch came up with this cheating technique.

Nikrasch had a completely worked-out plan, which started when he purchased a working slot machine and messed around with it in his garage. He figured out that computer chips are easy to reprogram to pay out jackpots with one tap.

Over 20 years, he hired a team of scammers, purchased many computer chips, managed to get a hold of slot keys, and replaced the originals with the manipulated ones. During this time, he managed to “win” over $15 million.

This is a very successful way of cheating slot machines as it’s not easily noticeable by casino staff.

However, it didn’t end well for the engineer mentioned above as his best friend reported him to the police after a falling out.

So, think twice before sharing anything with your friends.

Although cheating on slot machines sounds thrilling and sometimes easy, it’s not worth it in today’s age of modern technology and improved security.

Even if you think through everything and prepare flawlessly, finding a casino that does not employ high-security measures will be challenging. But, if you’ve ever wondered, cheating on slot machines is possible.

Top 10 Casino States in the US