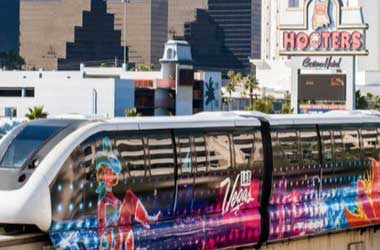 Senator Vince Polistina has introduced a new measure in New Jersey that would provide a transportation system from the Atlantic City International Airport to the Tourism District, including local casinos. This type of system would be beneficial to residents and visitors to the state. It seems the legislation has backing, after senate members voted 36-0 in favor of the bill.

The measure allows the Casino Reinvestment Development Authority (CRDA) to have more leeway when it comes to spending money. Right now, the CRDA must commit all of its assets and revenues to the Tourism District and Atlantic City community development. The bill would ease these restrictions so funds could be used to create a transportation link.

According to Polistina, his legislation would allow the system to be constructed and visitors would easily be able to travel to Atlantic City. Individuals could book a flight and use the transportation link to travel to casinos and the Tourism District.

The Senator feels that the bill will help the CRDA to move ahead with a meaningful form of transportation that suits the mission of the authority as well as the needs of travelers and residents. It would provide a navigable option for traversing within sections of Atlantic City with ease.

The Rail Line stretches to Philadelphia but does not have a stop near the airport, which would make sense, because travelers to the area need a way to get around too. Last year, a redevelopment plan was adopted by the Galloway Township Council to create a space for a train stop in Pomona near the airport and provide parking for cars that would want to use the Rail Line.

The coalition feels that the rail service will increase rider traffic and lead to more economic and travel improvements. It makes sense and would most likely see Atlantic City casinos enjoy additional visits from those who want a seamless way to fly in and visit the Tourism District.

It will be interesting to see if the House approves this measure and how quickly any transportation link would go up if the bill is able to move forward.

Richmond Can Vote Again for Casino Gaming But Issues Remain