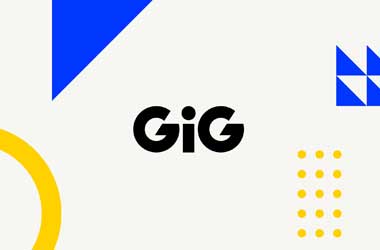 GiG applied for the licensed back in June 2018 as a key component of their strategy to expand their services in the US. GiG was granted a transactional waiver to operate in New Jersey’s regulated iGaming market by the DGE.

The waiver allowed GiG to launch its online gambling business in the state while the DGE conducted its review on whether to grant a permanent license to the firm.

GiG is now fully licensed to provide its online gambling services to New Jersey for the next five years.

GiG created in 2012 with an egalitarian motto of making iGaming fun, fair, and available to all. Based in Malta and listed on Nasdaq Stockholm and the Oslo Stock Exchange, GiG initially offered their online gaming services to other businesses as well as directly to customers. However, GiG sold their B2C brands to Betsson in early 2020 and has now pivoted entirely to the B2B market.

GiG’s CEO Richard Brown noted that the DGE’s review process was long and comprehensive, which he stated made him more confident about GiG’s prospects in New Jersey.

Brown said that getting license approval in New Jersey was a big achievement for GiG and was also a confirmation of the company’s hard work to solidify their reputation as one of the best B2B solutions provider in the online gambling industry.

During their first foray into the US market, GiG made quite a splash in 2018 after partnering with Hard Rock International to provide their expertise and knowledge for the hospitality operator’s first venture into the online casino and sports betting sector, located within the Hard Rock Hotel & Casino in Atlantic City, which had just opened at the time.

The hotel and casino resort ultimately launched in January 2019 with GiG at the helm of its sportsbook. Hard Rock and GiG’s partnership was extended in September 2019, when GiG once again provided the technical foundations for Hard Rock’s sportsbook operations in Iowa.

The spokespersons for both companies said they plan on collaborating more in the future, which will lead to GiG expanding its US presence even more