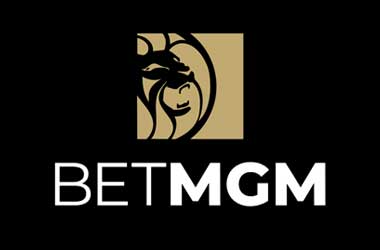 BetMGM which is the online betting arm of the JV between MGM Resorts International and GVC Holdings has boosted its New Jersey gaming offerings by partnering with a number of gaming developers.

BetMGM announced in September that it had entered into an agreement with Playtech to offer its impressive online gaming portfolio. In doing so, BetMGM became one of the first iGaming providers in the Keystone State to offer Playtech content. Online casino games from Playtech are now available to New Jersey players.

Some of the other providers that have entered into a content sharing agreement with BetMGM include Ainsworth and Digital Gaming Corporation (DGC). This will be interested to casino players in New Jersey as they will get access to games from smaller developers that are usually hard to find in most online casinos.

Ainsworth will share up to 20 online slot games with BetMGM which include popular titles like Eagle Bucks and Mustang Money. DGC games have already had a strong response in the New Jersey market and BetMGM is confident that the new addition of games will boost player satisfaction and help with new traffic.

BetMGM also made the news when a player ended up winning a $3.2 million jackpot game from the site’s in-house progressive jackpot network.

BetMGM has not only expanded its online casino offerings but made a big step forward with regards to live dealer casino games by partnering with Evolution Gaming. The Swedish gaming developer is widely considered to be the number one live casino game developer in the world.

It is not just BetMGM that is now offering games from Evolution Gaming but also its sister brands which sites which include PartyCasino and Borgata Casino. The partnership with Evolution Gaming has already paid rich dividends as the operator has confirmed a 30 percent increase in live dealer casino revenue when compared to month on month revenues.

Evolution Gaming was also happy to see the response it received at BetMGM which bodes well for its live dealer brand as well.