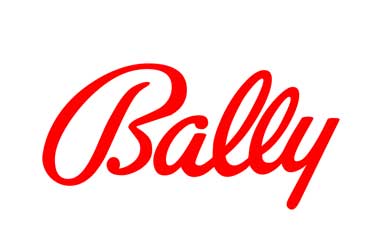 Twin River Worldwide Holdings made the change to Bally’s after the acquisition of the brand from Caesars Entertainment in 2020. The brand acquisition was made possible after the company purchased the Bally’s Atlantic City venue. The new company is now taking the brand to its existing facilities, including the two casinos located in Rhode Island. The process of rebranding has begun at the Lincoln and Tiverton properties but will take quite some time to complete.

Effective this week, the Twin River Casino Hotel and Tiverton Casino now have new names. The properties will now be called Bally’s Twin River Lincoln and Bally’s Tiverton. The Lincoln property is the largest and offers over 4,000 slot machines and more than 100 table games. The resort is home to a sportsbook as well as dining options and a large hotel.

In Tiverton, the casino is much smaller, offering only 1,000 slot games and 32 table games. There is also a sportsbook located on site and a much smaller hotel. The hotel is not operational at this time due to COVID-19 and lesser demand for overnight stays.
The full rebranding in Rhode Island will take some time. The company will be adding new signage as well as uniforms for employees, gaming chips, dice, cards, seats, and table felt. The rewards program will also be changed and fully implemented by next year some time, with players able to earn rewards via gameplay.

The company has already begun rebranding at other venues including the Eldorado Shreveport, which is now the Bally’s Shreveport Casino & Hotel. The process will take some time in each venue as the Bally name is added throughout.

Growth for the Company

In the past, the company only offered gambling services via the two casinos in Rhode Island. Now, the company has much more to offer with casinos in 10 states, including New Jersey, Delaware, Mississippi, Nevada, Colorado, Illinois and Indiana.

Bally’s is currently working on a 15th venue in Pennsylvania. A satellite casino is in the works for the brand near Penn State University. In Rhode Island, the company is focused on an expansion of the Lincoln casino, with plans to spend $100 million on the venue. More gaming space will be added plus a spa, new air circulation system, and entertainment venue.

The company is excited about the upgrades as well as the rebranding process throughout its many venues.

Penn National Is Fined for Recent Violations By The PGCB