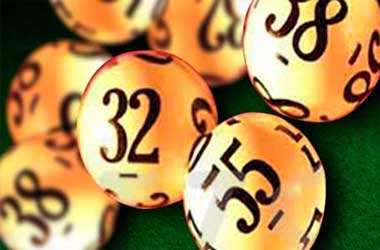 Keno is a well-known game in many online casinos. However, players often overlook it. It’s quite straightforward but doesn’t offer as much excitement as slots, roulette, and similar casino games.

That said, keno has gained popularity in recent years. Once you’ve played it for a while, you’ll realize what I’m talking about and why it is so popular among players.

So, if you’re interested in playing keno, I want to help you out by discussing the most commonly drawn numbers in the game.

I’ll tell you all about how the numbers work and whether certain numbers are more likely to win than others. Let’s get started!

How Do Numbers Work in Keno?

First and foremost, what you need to understand about keno is that this is a game of luck. This means that it’s the same as most casino games — there’s not much you can do to beat it.

You can do things to increase your chances, but you can never have an assured win.

What’s more, the game has a huge house edge — usually between 20% and 50%. However, that doesn’t matter much in keno. The main goal here is to strike big, just like in lotto, bingo, and other similar, number-based games.

In essence, it won’t matter how many times you lose, as long as you strike big once and make a considerable profit.

Unfortunately, if you thought there’s such a thing as ‘hot numbers‘, I have to disappoint you — they do not exist.

All of the numbers have an equal chance of being drawn. If you were to look at the actual odds of each number hitting, you’d see that they are quite similar, down to a fraction of a percent.

The difference is so small that there’s not much point in looking at the percentages and trying to choose the numbers that come up most often.

As if that weren’t enough, you need to consider that these percentages differ from place to place, and they are entirely random. That’s because keno games in online casinos use something called a random number generator.

This is a piece of code that exists in all luck-based games, and it ensures that whatever happens in the game is entirely random. In other words, random number generators guarantee that all casino games are fair.

A typical keno game will show you which numbers have hit the most in the last couple of rounds. Many players opt to choose these numbers or use cold numbers that haven’t come out in the previous few games, hoping that they finally will.

Naturally, you can do either, as both offer equal chances of winning, so this strategy won’t help you a lot.

So, if all of this is indeed the case, what can you do to win?

How to Actually Win Keno

To win at keno, you need to follow some essential tips and strategies, not dependent on the numbers you pick. Here’s what you should do:

Even though percentages don’t mean much in keno, there are still some things you can do to increase your chances.

If you genuinely enjoy playing keno, the explanations I’ve given you here, coupled with a few tips and strategies you need to use, will be more than enough to start playing keno.

You’re bound to have fun, and who knows, you might even win big.