What Is the Gambler’s Fallacy? And How to Avoid It!

The gambler’s fallacy has been around for at least as long as the concept of gambling, if not much longer. Given its pervasiveness in the gambling industry, it has been the subject of many well-known works of literature.

Sure, but what is it, exactly?

The gambler’s fallacy, also known as the Monte Carlo fallacy, is one of the most well-known logical fallacies. It is the incorrect assumption that since something is occurring more often now, it will happen less frequently in the future, or vice versa.

The gambler’s fallacy occurs when a person wrongly believes that the outcome of one or more random occurrences might influence the chance of a later random occurrence. Because previous events have no bearing on the probability of future ones, this line of thinking is flawed.

Why It Caught On

That’s because it offers the impression that one can easily foresee how things will turn out, especially in the context of random events. The brains of humans are also susceptible to the inverse of the fallacy. They act on it by anticipating an occurrence that has not yet materialized even though it has been completely absent from their experience in the recent past.

The gambler’s fallacy has significant implications for how individuals think, not only in gambling but in many other contexts as well. Misconceptions like this are very popular and easily believed by the general public. It leans on how our propensity to see patterns and draw conclusions based on them is innate.

The Gamblers Fallacy and Gambling

Every relatable gambler’s fallacy example will, naturally, relate to betting. It could be even something as simple as a coin toss.

The practice of gambling, in its most basic form, is based on a fallacy. This is because most gamblers tend to extrapolate future results based on prior patterns.

That’s what occurred in the Monte Carlo casino, which is why the gambler’s fallacy has also come to be known by that name. Bets on red kept coming in because players expected the color to show up soon. The players’ dismay at being unable to cash out after 26 spins was matched only by the casino’s glee at raking in millions.

Gambler’s Fallacy in Other Contexts

There are many additional situations when the gambler’s fallacy is apparent. The practice of investing is right up there among the most frequent ones.

Some investors could decide to sell after seeing a stock price gain because they believe the company’s price has reached a peak and is thus unlikely to rise any further. Alternatively, if a stock’s value decreases dramatically, some investors choose to cling on, reasoning that the decline is likely to be temporary. The Gambler’s Fallacy is evident in both of these situations and lines of thinking.

Some people’s attitudes about having children also reflect the gambler’s fallacy. It is not unheard of for a family to only have male or female offspring. Some parents of many sons may feel encouraged to keep trying for a daughter on the off chance that they may ultimately be blessed with one, or vice versa.

Applying to school, doing well on tests, and getting a loan are further examples of the gambler’s fallacy in different contexts.

The Dangers of the Gambler’s Fallacy

The gambler’s fallacy may have negative effects on one’s own efforts if they are expecting the same result from several sources. Because of this, one’s ability to make sound choices may be compromised, maybe leading to some unwelcome outcomes. That’s the kind of behavior that might trigger compulsive gambling.

Moreover, the collective effects of the Gambler’s fallacy may be disastrous for fields and organizations that depend on precise forecasting and careful investigation of causation.

In the absence of a recognition of the statistical independence of random occurrences, seemingly unconnected events or populations may be blamed in an effort to explain a phenomenon.

How to Avoid It

As a species, we naturally dislike uncertainty. So, we try to provide order to chaos by ascribing significance to events that at first glance seem to be completely random. It’s an inborn tendency that might be very hard to overcome.

The gambler’s fallacy is a very effective cognitive bias, but there are strategies to counter it.

Understanding and being aware of the bias

Just being aware of the gambler’s fallacy and the presence of underlying unpredictability and chaos in many things might help one avoid it.

It is important to acknowledge the fact that different occurrences do not necessarily have a common cause. The difficulty arises when we have an emotional investment in the outcome of the events we are trying to connect.

By considering the variables involved in a phenomenon’s genesis, we may come to see that certain seemingly analogous occurrences in the past have no meaningful bearing on the current one.

In a similar spirit, it might be illuminating to think about the reasoning behind your conviction that a certain event in the past would affect the future.

Be sure to evaluate this reasoning without giving undue weight to chance or superstition.

Use common sense, exploration of other options, and rudimentary technical analysis to guide your choices.

It is crucial to only consider essential information and ignore irrelevant occurrences. This necessitates treating each new occurrence as if it were the first of its kind, rather than a natural progression of past happenings.

A trader, for instance, must avoid the temptation to guess the future value of a stock by trying to time the market.

The worst gambler’s fallacy is believing you can accurately predict the price of a stock. 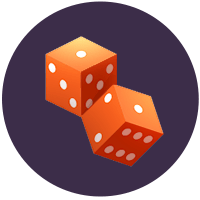 Random number generators found in nature are one way to make impartial decisions. A coin toss or the ticking of a watch are two such examples.

The realization that there are no discernible patterns allows us to worry less about them.

When gambling on games that require skill, such as poker, it’s important to have a well-rounded approach so that you don’t leave yourself vulnerable to being cheated. Therefore, providing an element of unpredictability, in this example randomizing your motions, can frequently make you a much tougher opponent

It should now be obvious that the gambler’s fallacy is not limited to those who frequent gambling establishments. Everyone is vulnerable to it whenever they try to predict the likelihood of a future occurrence by analyzing the frequency of comparable events in the past. This is something we routinely engage in, both in our private and professional lives.

There is, however, one fact that cannot be denied. Your ability to step back, make a good evaluation based on facts, and get a deeper understanding of the world around you will improve the more you learn about logical fallacies and biases like the gambler’s fallacy.

Just because you know the fallacy is bad for you does not imply that you will always manage to avoid falling into its traps.

If you are looking for a place to start, maybe try using some of the other methods discussed here. People may outgrow it, but it takes effort for most of us to learn to ignore it in the first place.

Best Time To Play Slots at an Online Casino